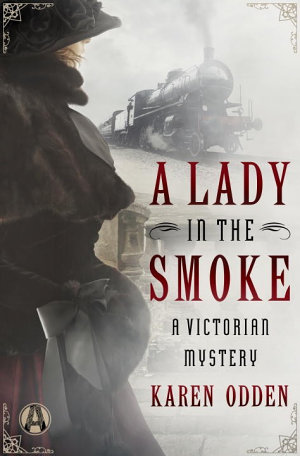 Featuring all the suspense and historical atmosphere of Anne Perry’s Victorian mysteries, Karen Odden’s enthralling debut plunges a headstrong young Englishwoman into a conspiracy that reaches the highest corridors of power. Following a humiliating fourth Season in London, Lady Elizabeth Fraser is on her way back to her ancestral country estate when her train careens off the rails and bursts into flames. Though she is injured, she manages to drag herself and her unconscious mother out of the wreckage, and amid the chaos that ensues, a brilliant young railway surgeon saves her mother’s life. Elizabeth feels an immediate connection with Paul Wilcox—though society would never deem a medical man eligible for the daughter of an earl. After Paul reveals that the train wreck was no accident, and the inspector who tried to prevent it dies under mysterious circumstances, Elizabeth undertakes a dangerous investigation of her own that leads back to her family’s buried secrets. Not only are her dowry and her reputation at stake; Paul’s very life hangs in the balance when he is arrested for manslaughter. Now Elizabeth must risk everything for the man who has found a place in her heart. As the trial draws near, and Parliament prepares for a vote that will change the course of the nation, she uncovers a conspiracy that has been years in the making. But time is running out to see justice done. Praise for A Lady in the Smoke “This riveting historical debut is chock-full of details about Victorian England, spun into a masterful tale of romance, railroads, and mystery. Propelled by an engaging heroine and a deftly plotted conspiracy, it’s a great read!”—Stefanie Pintoff, Edgar Award–winning author of Hostage Taker “Pretty much everything I want in a historical novel: trains, historical detail, secrets, family drama, two lovers separated by society, conspiracy, crusading journalists, women sneaking out of the house, lawyering, and a pickpocket who could give Artful Dodger a run for his money. . . . I was a very satisfied reader by the time I finished this book.”—Book Riot “Readers of Anne Perry will enjoy this mystery set in Victorian England. . . . The characters are interesting and the story is fast-paced and engaging.”—The Book Stop “Filled with all sorts of twists and turns and all sorts of secret, and not-so-secret, relationships . . . Fans of historical mysteries will enjoy this excellent mystery and romance.”—Inside of a Dog “Elizabeth was no shrinking violet and had a fire to her. . . . I would definitely recommend this to any fan of the Victorian era or who just wants a good little mystery to keep them busy for awhile.”—Is This Book for Me 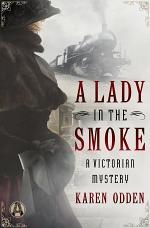 A Lady in the Smoke

Authors: Karen Odden
Categories: Fiction
Featuring all the suspense and historical atmosphere of Anne Perry’s Victorian mysteries, Karen Odden’s enthralling debut plunges a headstrong young Englishwoman into a conspiracy that reaches the highest corridors of power. Following a humiliating fourth Season in London, Lady Elizabeth Fraser is on her way back to her ancestral country 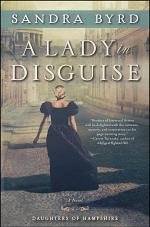 A Lady in Disguise

Authors: Sandra Byrd
Categories: Fiction
In this intriguing novel of romance, mystery, and clever disguise set in Victorian England, a young woman investigates the murder of her own father. After the mysterious death of her father, Miss Gillian Young takes a new job as the principal costume designer at the renowned Theatre Royal, Drury Lane. 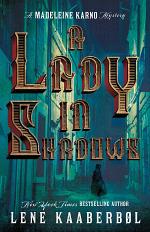 A Lady in Shadows 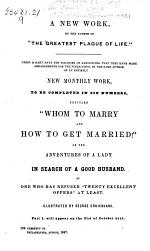 The Greatest Plague of Life, Or, The Adventures of a Lady in Search of a Good Servant

Authors: Augustus Mayhew, Henry Mayhew
Categories: Household employees
Books about The Greatest Plague of Life, Or, The Adventures of a Lady in Search of a Good Servant 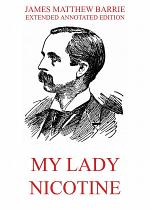 My Lady Nicotine - A Study in Smoke (Annotated Edition)

Authors: James M. Barrie
Categories: Fiction
My Lady Nicotine "—a book that suggests but is very unlike " The Reveries of a Bachelor." The former is urban : the latter is provincial. A briar pipe filled with Arcadia Mixture starts the reveries in the one ; a hearth fire, in the other. The five bachelors in

District Safety, Seniority, and Chairmanships in the House of Representatives