"Belonging Beyond Borders maps the evolution of cosmopolitanism in Spanish American narrative literature through a generational lens. Drawing on a new theoretical framework that blends intellectual studies and literary history with integrated approaches to Spanish American narrative, this book traces the evolution from aesthetic cosmopolitanism through anti-colonial nationalism to modern political cosmopolitanism. Cosmopolitanism in Latin America has historically been associated with colonialism. In the mid-twentieth-century, authors who presented cosmopolitan narratives were harshly criticized by their nationalist peers. However, with the intensification of cultural globalization Spanish American authors have redefined cosmopolitanism, rejecting a worldview that relies on the creation of an other for the definition of the self. Instead, this new generation has both embraced and challenged global citizenship, redefining concepts to address human rights, identity, migration, belonging, and more. Taking the work of Elena Poniatowka, Mario Vargas Llosa, and Jorge Volpi as examples, this book presents innovative scholarship across literary traditions. It shows how Spanish-American authors offer nuanced understandings of national and global affiliations, and identities and untangles the strings of cosmopolitan thought and activism from those of nationalist criticism."--
Language: en
Pages: 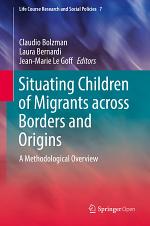 Situating Children of Migrants across Borders and Origins

Authors: Claudio Bolzman, Laura Bernardi, Jean-Marie Le Goff
Categories: Social Science
This open access wide-ranging collation of papers examines a host of issues in studying second-generation immigrants, their life courses, and their relations with older generations. Tightly focused on methodological aspects, both quantitative and qualitative, the volume features the work of authors from numerous countries, from differing disciplines, and approaches. A 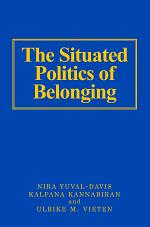 The Situated Politics of Belonging 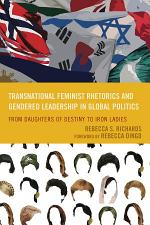 Authors: Rebecca S. Richards
Categories: Political Science
This project analyzes how political women rhetorically perform—discursively, visually, and physically—their positions of power and how these performances are read, time again, against and with other women who have held similar positions in different geopolitical locations.