In 1967, the fledgling, Bristol based, Saydisc label released its first country blues record, by Anderson Jones Jackson, with Noël Sheldon on jug. By 1968, it was helping Sunflower, Kokomo and Highway 51, three 'pop-up', independent, DIY blues labels, to get to market. These were mere toes in the water and in 1968 Saydisc created the celebrated Matchbox label to release contemporary, British country blues and LPs, transcribed from original 78s, of classic, pre-war, US country blues. Matchbox also pressed the popular, Austrian, Roots label for the UK market and, later, issued contemporary, American blues and transcriptions of Library of Congress recordings. Later again came the Bluesmaster Series. Saydisc released well over 100 blues LPs between 1967 and 1987, when it moved exclusively to CD. By 1968, blues was becoming increasingly popular in the UK, though the focus was mostly on electric blues bands. In July, however, Matchbox released the first LP of home-grown, British, country blues. The time was right and Blues Like Showers of Rain made a big stir. John Peel played it on his Nightride radio show and invited most of the artists up to London to record BBC sessions. The major labels picked up on the buzz and most of the artists were snapped up. Matchbox carried on the momentum over the next few years but eventually shut in July 1977. It returned in 1982 with the extremely well-received Bluesmaster Series, an ambitious undertaking that resulted in 38 LPs along with two 2-LP sets. Amongst other things, this book includes: - Information on every Saydisc-related, blues record released (and one that never saw light of day). - Images of all Saydisc's blues record sleeves. - Images of all Saydisc-related Sunflower, Kokomo, Highway 51 and Ahura Mazda record sleeves. - A cameo appearance by The Village Thing label, which represented 'what came after the blues'. - Memorabilia provided specially by the label owners and other archives/collections, much not seen in print since the 1960s and 1970s (if ever). - Active input from those who were there. - A section on Saydisc's hook-ups with Blues World and November Books' Blues Paperbacks series.

Blues From The Avon Delta

Authors: Mark Jones
Categories:
In 1967, the fledgling, Bristol based, Saydisc label released its first country blues record, by Anderson Jones Jackson, with Noël Sheldon on jug. By 1968, it was helping Sunflower, Kokomo and Highway 51, three 'pop-up', independent, DIY blues labels, to get to market. These were mere toes in the water 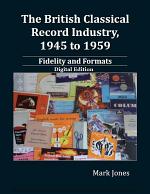 The British Classical Record Industry, 1945 to 1959: Fidelity and Formats

Authors: Mark Jones
Categories: Music
Improvements made in fidelity during the Second World War and new formats introduced in the post-war period – extended frequency range, microgroove records, pre-recorded tapes and stereo – were the result of a convergence of technological advances, some prompted by wartime research and experience, some based on pre-war path dependencies. 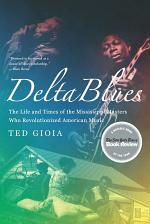 Delta Blues: The Life and Times of the Mississippi Masters Who Revolutionized American Music

Authors: Ted Gioia
Categories: Music
“The essential history of this distinctly American genre.”—Atlanta Journal-Constitution In this “expertly researched, elegantly written, dispassionate yet thoughtful history” (Gary Giddins), award-winning author Ted Gioia gives us “the rare combination of a tome that is both deeply informative and enjoyable to read” (Publishers Weekly, starred review). From the field hollers 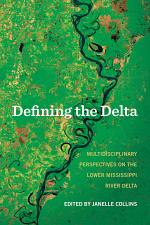 Authors: Janelle Collins
Categories: History
Inspired by the Arkansas Review’s “What Is the Delta?” series of articles, Defining the Delta collects fifteen essays from scholars in the sciences, social sciences, and humanities to describe and define this important region. Here are essays examining the Delta’s physical properties, boundaries, and climate from a geologist, archeologist, and 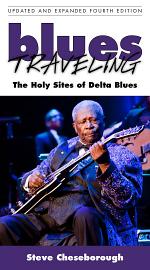 Authors: Steve Cheseborough
Categories: Music
This acclaimed travel guide, hailed as the bible of blues travelers throughout the world, will shepherd the faithful to such shrines as the intersection where Robert Johnson might have made his deal with the devil and the railroad tracks that inspired Howlin’ Wolf to moan “Smokestack Lightnin’.” Blues Traveling was