Spanning Cuban music from rumba to salsa, and graphic styles from socialist realist to geometric abstraction, this volume of Cuban record cover art traces a musical form in constant revolution. The first ever book about Cuban record sleeve design, compiled by Gilles Peterson and Stuart Baker, Cuba: Music and Revolutionfeatures hundreds of rarely seen vinyl records from the start of the Cuban Revolution at the beginning of the 1960s up until 1985, when Cuba's Special Period, brought about by the dissolution of the Soviet Union and the withdrawal of Russia's financial support for the Cuban government, led to the demise of vinyl-record manufacturing in Cuba. The artwork here reflects both the cultural and musical depth of Cuba as well as the political influence of revolutionary communism. Over the past century, Cuban music has produced a seemingly endless variety of styles--rumba, mambo, son, salsa--at a dizzyingly fast rate. Since the 1940s a steady stream of Cuban musicians has also made the migration to the US, sparking changes in North American musical forms: bandleader Machito set New York's jazz and Latin scene on fire, and master drummer Chano Pozo's entry into Dizzy Gillespie's group led to the birth of Latin jazz, to name just two. After the Cuban Revolution in 1959, the new government closed American-owned nightclubs and consolidated the island's recording industry under a state-run monopoly. Out of this new socialist agenda came new musical styles, including the Nueva Trova movement of left-wing songwriters. The 1980s saw more experimentation in modernist jazz, salsa and Afro-Cuban folkloric music. Generously illustrated with hundreds of color images, Cuba: Music and Revolutionpresents the history of Cuban record cover art, including many examples previously unseen outside the island itself. 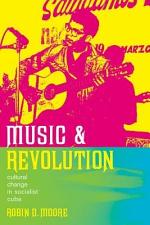 Authors: Robin Moore
Categories: Music
Annotation A history of Cuban music during the Castro regime (1950s to the present. 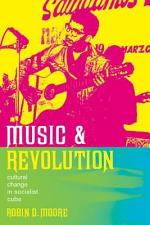 Authors: Robin Moore
Categories: History
Annotation A history of Cuban music during the Castro regime (1950s to the present.

Authors: Nolan Warden
Categories: History
How are new musical traditions formed? This is the central question guiding this book on an Afro-Cuban ceremony sometimes called cajon pa' los mu-er-tos, a spirit-possession ritual that has been developed in Cuba over the past few decades. Cajon ceremonies are deftly sculpted from a wealth of religious influences including 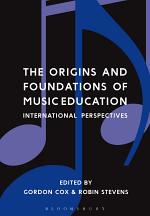 The Origins and Foundations of Music Education

Authors: Gordon Cox, Robin Stevens
Categories: Education
This landmark collection explores the origins and foundations of music education in Europe, The Americas, Africa and Asia-Pacific, and the Middle East, and considers the inclusion of music as part of the compulsory school curriculum in the context of the historical, social and political landscape. Within each chapter, the contributors