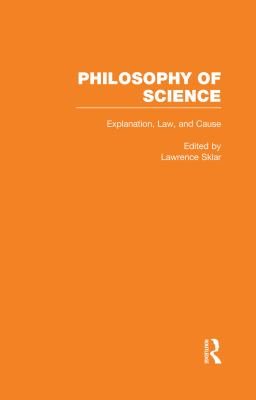 About the Series Contemporary philosophy of science combines a general study from a philosophical perspective of the methods of science, with an inquiry, again from the philosophical point of view, into foundational issues that arise in the various special sciences. Methodological philosophy of science has deep connections with issues at the center of pure philosophy. It makes use of important results, for example, in traditional epistemology, metaphysics and the philosophy of language. It also connects in various ways with other disciplines such as the history and sociology of the sciences, with pure logic, and with such branches of mathematics as probability theory. These volumes are, for the most part, devoted to readings in the methodological aspects of the philosophy of science. One volume, however, takes up the philosophical issues in the foundations of a particularly important special science, that is the issues in the foundations of theories of contemporary physics. The methodological volumes cover a number of crucial general problem areas. The first volume takes up issues in the nature of scientific explanation, and the related issues of the nature of scientific law and of the casual relation among events. The second volume explores issues in the nature and structure of scientific theories. The third volume collects inquiries into the nature of scientific change, as one theory is replaced by another. Volume four is devoted to readings concerning the nature of probability and the nature and justification of inductive reasoning in science. The following volume continues the exploration of the issue of confirming and rejecting theories with a series of readingsdevoted to Bayesian methodologies in science and to the exploration of non-inductive strategies for rationalizing belief. Finally, volume six explores three major problem areas in the foundation of physics: the nature and rationale for physical theories of space and time; the interpretive problems arising out of the quantum theory; and some puzzles arising out of statistical mechanical theories of physics. The readings are selected and arranged to provide the user with systematic access to the most important contemporary themes in methodological philosophy of science and in philosophy of physics. The selections include many recent contributions to the field, as well as papers and extracts from books and journals otherwise not easily available.