Coach Simpson's first defensive book in his 34 Fit and Swarm series is now available. For coaches looking to maximize their talent and implement a system with simple and quick tags this is the system. This book includes: -Choosing Personnel-Alignment and Terms-Base "Palms 2" coverage and adjustments-How to Tag coverages and blitzes to get multiple looksAnd more...Coach Simpson is currently the Head Football Coach Searcy High School, the a 6A school in Arkansas. He accepted the job at Searcy in June of 2020. Before Searcy, he was the Head Football Coach at Southside Charter. Taking over a program that had won eight games in five seasons and had been on a 20+ game losing streak, Simpson has led Southside to the playoffs for four-consecutive seasons and won two conference titles in the past three seasons. For his efforts, he was named 4A-2 Conference Coach of the Year (2017), named to the as a finalist for Hooten's Coach of the Year (2017) and has been the All-Star Nominee for the 4A-2 (2016 and 2019). He was also selected to coach in the 1st FCA Texas-Arkansas All-Star Showdown (2020).Coach Simpson wrote his first book in 2019. He has since released 5 other books. Find A Way: What I Wish I'd Known When I Became A Head Football Coach, has already been a best seller on Amazon in several categories and Coaching Football Like A Basketball Coach was also a best seller.You can find more information about coaches books and materials here: FBCoachSimpson.comSimpson has also raised over $1.5 million for Southside and has overseen several major facility projects including: New Field Turf, Expansion to Fieldhouse, Expansion to the school's home bleachers, and the addition of a press box and a new video-board.Prior to coming to Southside, Simpson took over as Head Coach at Alabama Christian Academy in Montgomery, Alabama. During his tenure there, Simpson took over a team that had been 4-18 and led them to their first home playoff game in over 20-years. For his efforts he was named Montgomery Advertiser's All-Metro Coach of the Year as well as being voted 4A Region 2 Coach of the Year (2010). Simpson also served as the head track coach at ACA and led the girl's and boy's teams to multiple top 10 finishes in 4A.Simpson began his coaching career at Madison Academy, in Huntsville, Alabama. He served as a junior high basketball and football coach, before working into a varsity coaching role in football. He graduated from Harding University in 2003. He is married to Jamey and has three children: Avery, Braden and Bennett. The couple was married in 2001 after meeting at Harding University.

Authors: Kenny Simpson
Categories:
Coach Simpson's first defensive book in his 34 Fit and Swarm series is now available. For coaches looking to maximize their talent and implement a system with simple and quick tags this is the system. This book includes: -Choosing Personnel-Alignment and Terms-Base "Palms 2" coverage and adjustments-How to Tag coverages 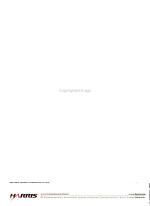 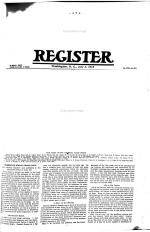 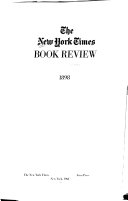 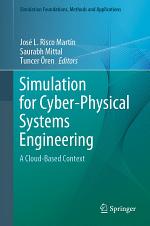 Authors: José L. Risco Martín, Saurabh Mittal, Tuncer Ören
Categories: Computers
This comprehensive book examines a range of examples, prepared by a diverse group of academic and industry practitioners, which demonstrate how cloud-based simulation is being extensively used across many disciplines, including cyber-physical systems engineering. This book is a compendium of the state of the art in cloud-based simulation that instructors