White not providing an answer to all maritime problems, the 1982 Convention on the Law of the Sea has successfully solved a number of issues relating to the exercise by States of their sovereignty and jurisdiction over ocean space and its resources. Among its major achievements are the adoption of clear limits of jurisdiction of coastal States over ocean areas and their concomitant rules of navigation; basic guidelines for the use of ocean resources and the creation of institutions, in particular for the exploitation of deep seabed resources and the peaceful settlement of disputes. After centuries of divergent practices, all coastal States have agreed to adopt a uniform limit for their territorial sea at 12 nautical miles. As a result, more than 100 straits used for international navigation have fallen under national sovereignty, thus leading to the adoption of a new regime of transit passage. Beyond the territorial sea, States can establish, whenever possible, an exclusive economic zone to a maximum extent of 200 miles. Such an extension may lead to conflicting claims. Similarly, the definition of the continental shelf as the natural prolongation of land territory under the sea, either arbitrarily fixed at 200 miles (in the absence of a shelf) or extending up to the limit of the continental margin, has led to a second phase of appropriation of maritime spaces by certain coastal States. Finally, as far as the deep seabed beyond the limits of national jurisdiction is concerned, its resources will have to be exploited under the control of the International Seabed Authority established in Jamaica. Within this legal framework, the sea remains more than ever a source of wealth and becomes increasingly an area of conflicts. National geopolitical considerations push States to adopt specific maritime policies generating tensions and conflicts. These are mainly the result of national political and economic ambitions. Fishery resources are becoming scarce, offshore oil and gas production is still essential for the energy balance of nations and possibilities of deep seabed mineral resource exploitation are getting closer. In addition, at 80% of the international trade volume, maritime transport remains the backbone of globalization. Besides, seaborne piracy remains a significant issue and the respect for freedom of navigation through international straits is becoming increasingly important. White some conflicting claims become more acute, some apparently frozen maritime disputes remain worrying. This is the case for example of Greece and Turkey in the Aegean Sea, and Colombia and Venezuela in the Gulf of Venezuela. The situation remains confused in some parts of the Persian Gulf, the waters of which are particularly rich in oil and gas, or off the coast of Africa. Asia also offers a wide range of unresolved maritime conflicts that are increasingly upsetting regional and international stability. It is against the backdrop of these alarming circumstances that this Atlas endeavors to present the various components of present maritime geopolitics. This publication deals with the major issues relating to maritime spaces and their delimitations, navigation and security, international straits and seabed resources. As such, it should represent an essential tool for the understanding of States' ocean policies and governmental stances.

Geopolitical Atlas of the Oceans

Authors: Didier Ortolland, Jean-Pierre Pirat
Categories: Law
White not providing an answer to all maritime problems, the 1982 Convention on the Law of the Sea has successfully solved a number of issues relating to the exercise by States of their sovereignty and jurisdiction over ocean space and its resources. Among its major achievements are the adoption of 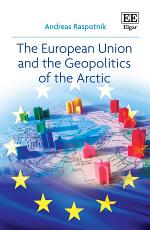 The European Union and the Geopolitics of the Arctic

Authors: Andreas Raspotnik
Categories: Law
The Arctic is a region that has seen exponential growth as a space of geopolitical interest over the past decade. This insightful book is the first to analyse the European Union’s Arctic policy endeavours of the early 21st Century from a critical geopolitical perspective. 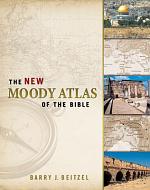 The New Moody Atlas of the Bible

Authors: Barry J. Beitzel
Categories: Religion
Presents maps of biblical lands described in the Old and New Testaments and how the physical characteristics of these lands help reveal their critical influence on the biblical narrative.

Authors: Claude Biao
Categories: Political Science
This first edition of Stake experts' African Geopolitical ATLAS aims to provide decision-makers with a snapshot of the geopolitical changes taking place on the continent during the 2018-2019 study period. It is a collection 84 geographical and thematic maps on topics ranging from African countries' military spendings, to the available 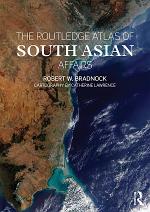 Authors: Robert W. Bradnock
Categories: Social Science
South Asia has developed from a group of newly independent post-Colonial states of at most secondary importance to the wider world to its current position as a region of central strategic importance to both global economic development and world peace and stability. This Atlas highlights the global significance of South