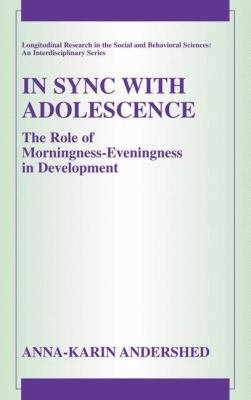 At the start of every school day, it’s not an unfamiliar sight to see younger children bounding toward school, bright-eyed and bushy-tailed, ready to seize the day. In contrast, adolescents sometimes seem to sleepwalk toward their middle and high schools, often bleary-eyed, cantankerous, and less than enthusiastic to get down to work. Why the difference? Recent developmental research has demonstrated a relationship between sleep/wake patterns and different kinds of problem behaviors, including social adjustment problems, family coercion, and disaffection from school. Adolescents who prefer staying up later in the evening and arising late in the morning (i.e., eveningness) have often been considered at greater risk of suffering from such problem behaviors as delinquency and negative relationships with parents and teachers. Those who tend to go to bed and arise earlier (i.e., morningness) have long been associated with more positive outcomes. In the majority of previous research, however, these concepts have never been adequately tested. In Sync with Adolescence: The Role of Morningness-Eveningness in Development examines the possible effects of adolescent preferences on problem behavior in different contexts. This volume presents a new way of looking at morningness-eveningness in relation to adolescent development in general and on problem behavior in particular. The study has produced results, the implications of which necessitate a reinterpretation of the current thinking about morningness-eveningness and adolescent adjustment. This volume should be of particular interest to developmental psychologists and researchers who are interested in examining the role of biological factors in psychological processes as well as to sleep researchers who are interested in both the clinical and behavioral aspects. In addition, it is a valuable resource for clinical child and school psychologists, medical staff, teachers, and anyone who works with adolescents. 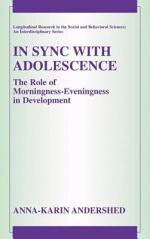 In Sync with Adolescence

Authors: Anna-Karin Andershed
Categories: Psychology
At the start of every school day, it’s not an unfamiliar sight to see younger children bounding toward school, bright-eyed and bushy-tailed, ready to seize the day. In contrast, adolescents sometimes seem to sleepwalk toward their middle and high schools, often bleary-eyed, cantankerous, and less than enthusiastic to get down 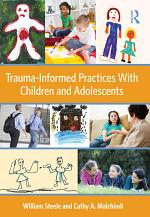 Trauma-informed Practices with Children and Adolescents

Authors: William Steele, Cathy A. Malchiodi
Categories: Psychology
"Trauma-Informed Practices with Children and Adolescents is a sourcebook of practical approaches to working with children and adolescents that synthesizes research from leading trauma specialists and translates it into easy-to-implement techniques. The approaches laid out address the sensory and somatic experiences of trauma within structured formats that meet the "best 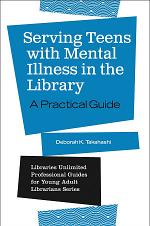 Serving Teens with Mental Illness in the Library: A Practical Guide

Authors: Deborah K. Takahashi
Categories: Language Arts & Disciplines
As a teen librarian, you are more likely than not to encounter teens with mental health issues. Will you know how to help them? This guide explains what to do and what not to do. • Addresses a growing need for librarians who can lead teens to mental health resources 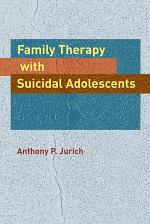 Authors: Anthony P. Jurich
Categories: Psychology
This book describes a blend of insight-oriented, behavioral, and strategic family therapy, which the author has developed over thirty-four years of dealing with suicidal adolescents. It aims not to replace other forms of therapy but to augment the therapist’s own therapeutic style. The book offers an informative and personally told 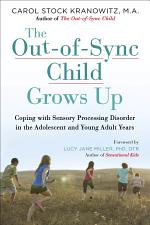 The Out-of-Sync Child Grows Up

Authors: Carol Kranowitz
Categories: Family & Relationships
The long-awaited follow-up to the million-copy bestseller The Out-of-Sync Child, presenting information and advice for tweens, teens, and young adults living with Sensory Processing Disorder, and their parents. The Out-of-Sync Child Grows Up will be the new bible for the vast audience of parents whose children, already diagnosed with Sensory