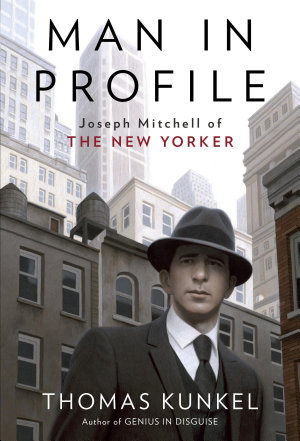 WINNER OF THE SPERBER PRIZE • NAMED ONE OF THE BEST BOOKS OF THE YEAR BY SAN FRANCISCO CHRONICLE AND PUBLISHERS WEEKLY • This fascinating biography reveals the untold story of the legendary New Yorker profile writer—author of Joe Gould’s Secret and Up in the Old Hotel—and unravels the mystery behind one of literary history’s greatest disappearing acts. Born and raised in North Carolina, Joseph Mitchell was Southern to the core. But from the 1930s to the 1960s, he was the voice of New York City. Readers of The New Yorker cherished his intimate sketches of the people who made the city tick—from Mohawk steelworkers to Staten Island oystermen, from homeless intellectual Joe Gould to Old John McSorley, founder of the city’s most famous saloon. Mitchell’s literary sensibility combined with a journalistic eye for detail produced a writing style that would inspire New Journalism luminaries such as Gay Talese, Tom Wolfe, and Joan Didion. Then, all of a sudden, his stories stopped appearing. For thirty years, Mitchell showed up for work at The New Yorker, but he produced . . . nothing. Did he have something new and exciting in store? Was he working on a major project? Or was he bedeviled by an epic case of writer’s block? The first full-length biography of Joseph Mitchell, based on the thousands of archival pages he left behind and dozens of interviews, Man in Profile pieces together the life of this beloved and enigmatic literary legend and answers the question that has plagued readers and critics for decades: What was Joe Mitchell doing all those years? By the time of his death in 1996, Mitchell was less well known for his elegant writing than for his J. D. Salinger–like retreat from the public eye. For thirty years, Mitchell had wandered the streets of New York, chronicling the lives of everyday people and publishing them in the most prestigious publication in town. But by the 1970s, crime, homelessness, and a crumbling infrastructure had transformed the city Mitchell understood so well and spoke for so articulately. He could barely recognize it. As he said to a friend late in life, “I’m living in a state of confusion.” Fifty years after his last story appeared, and almost two decades after his death, Joseph Mitchell still has legions of fans, and his story—especially the mystery of his “disappearance”—continues to fascinate. With a colorful cast of characters that includes Harold Ross, A. J. Liebling, Tina Brown, James Thurber, and William Shawn, Man in Profile goes a long way to solving that mystery—and bringing this lion of American journalism out of the shadows that once threatened to swallow him. Praise for Man in Profile “[An] authoritative new biography [about] our greatest literary journalist . . . Kunkel is the ideal biographer of Joseph Mitchell: As . . . a writer and craftsman worthy of his subject.”—Blake Bailey, The New York Times Book Review (Editor’s Choice) “A richly persuasive portrait of a man who cared about everybody and everything.”—London Review of Books “Mitchell’s life and achievements are brought vividly alive in [this] splendid book.”—Chicago Tribune “A thoughtful and sympathetic new biography.”—Ruth Franklin, The Atlantic “Excellent . . . A first-rate Mitchell biography was very much in order.”—The Wall Street Journal 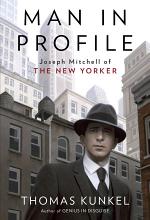 Authors: Thomas Kunkel
Categories: Biography & Autobiography
WINNER OF THE SPERBER PRIZE • NAMED ONE OF THE BEST BOOKS OF THE YEAR BY SAN FRANCISCO CHRONICLE AND PUBLISHERS WEEKLY • This fascinating biography reveals the untold story of the legendary New Yorker profile writer—author of Joe Gould’s Secret and Up in the Old Hotel—and unravels the mystery 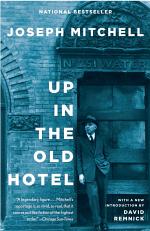 Up in the Old Hotel

Authors: Joseph Mitchell, David Remnick
Categories: Literary Collections
Saloon-keepers and street preachers, gypsies and steel-walking Mohawks, a bearded lady and a 93-year-old “seafoodetarian” who believes his specialized diet will keep him alive for another two decades. These are among the people that Joseph Mitchell immortalized in his reportage for The New Yorker and in four books—McSorley's Wonderful Saloon, 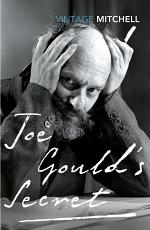 Authors: Joseph Mitchell
Categories: Biography & Autobiography
‘It's a masterpiece, of course, but more than that it shows that there is some such thing as being a simple observer’ Nicci French, Independent It was 1932 when Joseph Mitchell first came across Joe Gould, a Harvard-educated vagrant of Greenwich Village. Penniless, filthy, scurrilous, charming, thieving, Joe Gould was 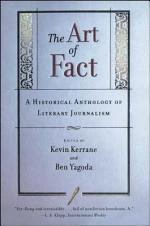 The Art of Fact

Authors: Kevin Kerrane, Ben Yagoda
Categories: History
Historical and international in scope, a unique anthology traces the course of literary journalism and nonfiction prose from its origins in the eighteenth century to today, from Daniel Defoe to Joseph Mitchell to Richard Ben Cramer. 15,000 first printing. 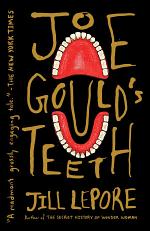 Authors: Jill Lepore
Categories: Biography & Autobiography
From New Yorker staff writer and Harvard historian Jill Lepore, the dark, spellbinding tale of her restless search for the long-lost, longest book ever written, a century-old manuscript called “The Oral History of Our Time.” Joe Gould, a madman, believed he was the most brilliant historian of the twentieth century.