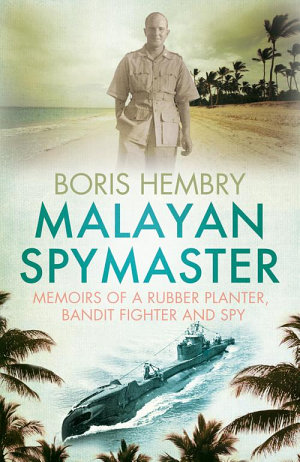 This is a true story of 1930s Malaysia, of jungle operations, submarines and spies in WWII, and of the postwar Malayan Emergency, as experienced by an extraordinary man. Boris Hembry went out to Malaya as a rubber planter in 1930 to work on estates in Malaya and Sumatra. Following the Japanese invasion in December 1941 he volunteered for Freddy Spencer Chapman’s covert Stay Behind Party and spent a month in the jungle behind enemy lines before escaping by sampan across the Malacca Strait to Sumatra. Hembry returned to Singapore shortly before its surrender then escaped to Java and subsequently to India, where he joined V Force, a clandestine intelligence unit operating in Burma. In 1943 Hembry was recruited into the Secret Intelligence Service – given the bland cover name Inter-Services Liaison Department (ISLD) – and returned to Sumatra and Malaya several times by submarine on intelligence-gathering missions. He became Head of Malayan Country Section ISLD in 1944, liaised with Force 136, and was responsible for the most successful intelligence coup of the Malayan war. After WWII, Hembry returned to planting at Sungei Siput, Perak, where the murder of three colleagues on 16 June 1948 signalled the start of the Malayan Emergency. Assuming the leadership of the local planting community, he formed the first Home Guard unit in Malaya, was an early proponent of squatter control (later incorporated into the Briggs Plan), served on district, state and federal security committees, and survived several attempts on his life. 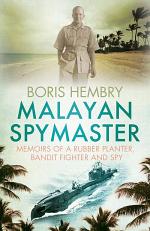 Authors: Boris Hembry
Categories: Biography & Autobiography
This is a true story of 1930s Malaysia, of jungle operations, submarines and spies in WWII, and of the postwar Malayan Emergency, as experienced by an extraordinary man. Boris Hembry went out to Malaya as a rubber planter in 1930 to work on estates in Malaya and Sumatra. Following the 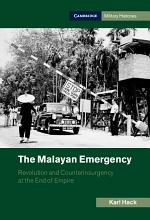 Authors: Karl Hack
Categories: History
The Malayan Emergency of 1948–1960 has been scrutinised for 'lessons' about how to win counterinsurgencies from the Vietnam War to twenty-first century Afghanistan. This book brings our understanding of the conflict up to date by interweaving government and insurgent accounts and looking at how they played out at local level. 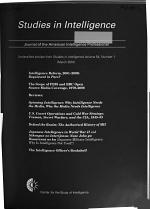 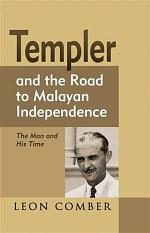 Templer and the Road to Malayan Independence

Authors: Leon Comber
Categories: Political Science
Dr Comber's account of General Templer's administration in Malaya as High Commissioner and Director of Operations (1952-54) during the Malayan Emergency departs from the usually accepted orthodox assessment of his time in Malaya by focusing on the political and socioeconomic aspects of his governance rather than the military. In doing 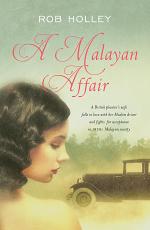 Authors: Rob Holley
Categories: Fiction
The affair of the planter’s wife running off with her driver had been a burning topic in the High Commission and British clubs, and had even occupied several discreet paragraphs in the Straits Times … It is 1930s Malaya and Valerie Mitchell, desperate to escape an unhappy marriage to Stuart,