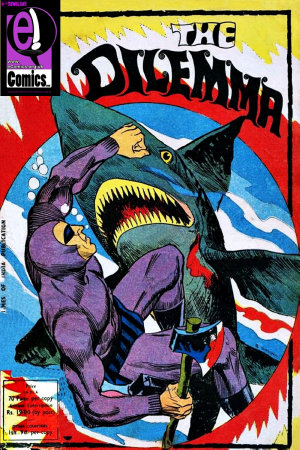 Indrajal Comics began publishing self-titled monthly issues in March 1964. Each of the first 10 issues had 16 pages of Phantom comics. The stories had to be edited to fit this short format. The remaining 12 pages were dedicated to other content, similar to Gold Key's style. In the next 19 issues it became 20-24 pages. As the series continued, different characters would share the spotlight. Characters such as Flash Gordon, Mandrake the Magician, Bahadur, Kerry Drake, Rip Kirby, Garth, Mike Nomad and Buz Sawyer appeared - as well as Disney characters Robin Hood and Mickey Mouse along with Goofy, but the majority of the series spotlighted The Phantom. So much so that the series is often erroneously referred to as "The Phantom" instead of the correct "Indrajal Comics". In due course the publication became fortnightly and then weekly by 1981. The numbering of books which was simply sequential in the beginning then changed to have the typical volume and a number. Indrajal Comics #444 was labeled as Vol.20 and No.1. The front cover design changed with distinct banner containing the title "Indrajal Comics" with a small circle showing the face of the main charracter. A total of 803 Indrajal Comics were published, excluding #123 and #124 which were not printed due to industrial strike action. More than half of these issues contained Phantom stories. The publishing stopped in 1990. The cover artwork for the first 50 or so issues of Indrajal Comics was done by B.Govind, with the back cover featuring a pin-up poster. His artwork became very popular and even said to have matched the artwork on the covers of international phantom publications such as Gold key or Frew. To avoid confusion among Indian readers, there were some minor changes done to the name of the Phantom's location and some characters in stories published in Indrajal Comics. The term " Bengali" or "Bengalla" or "Bengal" was changed to "Denkali" and in some issues "Dangalla" as well. This was since there is a state called "Bengal" in India and this may lead the readers to wonder about the "Pygmy" people that don't exist in Bengal. The name of the "Singh Brotherhood" was changed to "Singa Brotherhood" and the killer of the father of the current (21st) Phantom was changed from "Rama" to "Ramalu" although the latter too is one of the common names in India. Apart from English, Indrajal Comics published the stories in at least a dozen other Indian languages including Hindi, Bengali, Tamil and Kannada. Contents: Issue #91 The Dilemma Issue #92 The Giant Termites Issue #93 Mysteries Of The Pharaoh Issue #94 The Enchanted Land Issue #95 Night In Denkali Issue #96 Mysterious Guide Issue #97 The Tiger Girl Issue #98 The Phantom And The Bad Ones Issue #99 The Witch Queen Issue #100 The Phantom's Death Issue #101 The Satchel Issue #102 The Floating City Issue #103 Villain's Paradise Issue #104 The Ghost Tribe Issue #105 The Drummer Of Timpenni This collection was only possible thanks to all the comic fans around the world! Please note that these are scans of old comic books & as such will show wear & tear with age, most fans feel this only adds to the experience but if you are looking for perfect copies unfortunately they do not exist, we believe this is the best available. 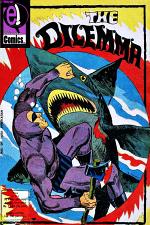 Authors: Lee Falk
Categories:
Indrajal Comics began publishing self-titled monthly issues in March 1964. Each of the first 10 issues had 16 pages of Phantom comics. The stories had to be edited to fit this short format. The remaining 12 pages were dedicated to other content, similar to Gold Key's style. In the next 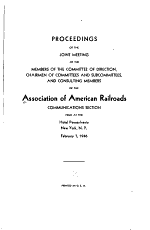 Authors: Association of American Railroads. Communications Section
Categories: Railroads
Includes a volume called "Proceedings of the joint meeting of the members of the Committee of Direction, chairmen of committees and subcommittees, and consulting members of the Association of American Railroads, Communications section, held ... New York, February 7, 1946." 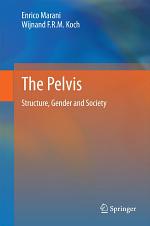 Authors: Enrico Marani, Wijnand F.R.M. Koch
Categories: Medical
This book offers a critical review of the pelvic sciences—past, present and future—from an anatomical and physiological perspective and is intended for researchers, medical practitioners and paramedical therapists in the fields of urology, gynecology and obstetrics, proctology, physiotherapy, as well as for patients. The book starts with a “construction plan” 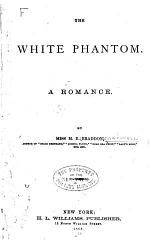 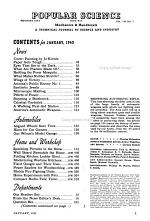