This is the third book of the Protectors of the Wood Series, a six-volume saga about a group of misfit teenagers who save the world from climate change. In Book 3, Abby becomes the church gardener and moves into the old, run-down churchyard cottage. She soon discovers that she is watched night and day by professional investigators hired by the colossal corporation trying to take over the town, and force Abby to reveal the secrets of the forest and the source of dreamstone. Reverend Tuck, Abby, and their allies form a community council to run churchyard events and gather support for their efforts to engage the church in the fight against climate change. The community in Rivergate, an island in the wetland preserve, and Abby's childhood home, joins their mission. The struggle with Milton Morphy and his corporate empire reaches a dangerous climax as Abby flees for her life into the forest. In Book #1, Phoebe arrives back in Middletown after a year away at college. She discovers shocking changes taking place in her familiar childhood home. An immense corporation already owns many local businesses, and is buying up property at an alarming rate. When the local minister preaches a sermon on climate change, an angry crowd walks out in protest. And a valuable gem called dreamstone is attracting extraordinary interest and many unanswered questions. Phoebe meets Abby, a mysterious young woman living in an abandoned house on the outside of town. She soon realizes that Abby possesses many secrets, and is hunted ruthlessly by her enemies. Phoebe also meets Jeremy, the new boy in town working at his cousin's gas station. They explore the forest together and find the secrets they have been seeking: large and very rare dreamstone crystals can inspire visions that help guide people through the crises and turning points of their lives. In Book #2, Phoebe, her ex-boyfriend George, Abby, and Jeremy form a group to protect the world around them from exploitation and destruction. Jeremy, George and Eddie create a band to reach out to their community, and Phoebe begins to work at the toy store, and creates a following as a soccer coach. Abby's mysterious mission leads to a dangerous climax as the small group confronts a mob with torches at the abandoned house. After a wild thunderstorm and help from their allies, Abby finds a home in the small cottage in the churchyard. Phoebe discovers that Abby's goal all along has been to create a base for her mission in the heart of Middletown.

Protectors of the Wood #3

Authors: John Kixmiller
Categories:
This is the third book of the Protectors of the Wood Series, a six-volume saga about a group of misfit teenagers who save the world from climate change. In Book 3, Abby becomes the church gardener and moves into the old, run-down churchyard cottage. She soon discovers that she is 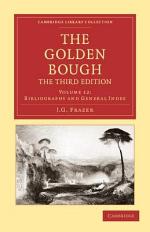 Authors: James George Frazer
Categories: History
This work by Sir James Frazer (1854-1941) is widely considered to be one of the most important early texts in the fields of psychology and anthropology. At the same time, by applying modern methods of comparative ethnography to the classical world, and revealing the superstition and irrationality beneath the surface 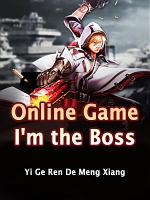 Authors: Yi GeRenDeMengXiang
Categories: Fiction
His developers had also hidden all the shortcuts in human evolution into the game. In order to obtain the so-called "Life Code", a group of strong men were running amok, they were willing to do anything they could to get their hands on. National forces and large financial groups were 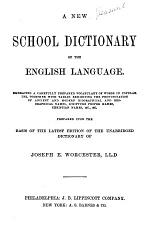 A New School Dictionary of the English Language ... 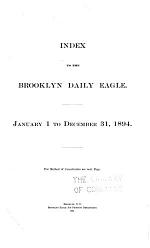 Index to the Brooklyn Daily Eagle