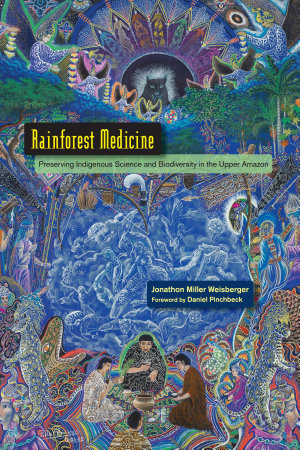 Chronicling the practices, legends, and wisdom of the vanishing traditions of the upper Amazon, this book reveals the area's indigenous peoples' approach to living in harmony with the natural world. Rainforest Medicine features in-depth essays on plant-based medicine and indigenous science from four distinct Amazonian societies: deep forest and urban, lowland rainforest and mountain. The book is illustrated with unique botanical and cultural drawings by Secoya elder and traditional healer Agustin Payaguaje and horticulturalist Thomas Y. Wang as well as by the author himself. Payaguaje shares his sincere imaginal view into the spiritual life of the Secoya; plates of petroglyphs from the sacred valley of Cotundo relate to an ancient language, and other illustrations show traditional Secoya ayahuasca symbols and indigenous origin myths. Two color sections showcase photos of the plants and people of the region, and include plates of previously unpublished full-color paintings by Pablo Cesar Amaringo (1938-2009), an acclaimed Peruvian artist renowned for his intricate, colorful depictions of his visions from drinking the entheogenic plant brew, ayahuasca ("vine of the soul" in Quechua languages). Today the once-dense mysterious rainforest realms are under assault as the indiscriminate colonial frontier of resource extraction moves across the region; as the forest disappears, the traditional human legacy of sustainable utilization of this rich ecosystem is also being buried under modern realities. With over 20 years experience of ground-level environmental and cultural conservation, author Jonathon Miller Weisberger's commitment to preserving the fascinating, unfathomably precious relics of the indigenous legacy shines through. Chief among these treasures is the "shimmering" "golden" plant-medicine science of ayahuasca or yajé, a rainforest vine that was popularized in the 1950s by Western travelers such as William Burroughs and Alan Ginsberg. It has been sampled, reviled, and celebrated by outsiders ever since. Currently sought after by many in the industrialized West for its powerful psychotropic and life-transforming effects, this sacred brew is often imbibed by visitors to the upper Amazon and curious seekers in faraway venues, sometimes with little to no working knowledge of its principles and precepts. Perceiving that there is an evident need for in-depth information on ayahuasca if it is to be used beyond its traditional context for healing and spiritual illumination in the future, Miller Weisberger focuses on the fundamental knowledge and practices that guide the use of ayahuasca in indigenous cultures. Weaving first-person narrative with anthropological and ethnobotanical information, Rainforest Medicine aims to preserve both the record and ongoing reality of ayahuasca's unique tradition and, of course, the priceless forest that gave birth to these sacred vines. Featuring words from Amazonian shamans--the living torchbearers of these sophisticated spiritual practices--the book stands as testimony to this sacred plant medicine's power in shaping and healing individuals, communities, and nature alike. From the Trade Paperback edition. 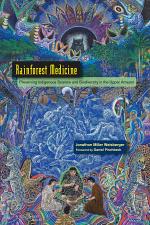 Medicine of the Rain Forest

Authors: The Healthy Reader
Categories: Medical
Discover All You Need To Know About The Ancient Medicine From The Amazon Rain ForestBONUS - Get Your Free 10,000 Word Report on 55 Power HabitsFind Out Why The Rainforest Medicinal Plants Important?The rainforest has a wealth of medicinal plants and remedies that are just waiting to be used again. 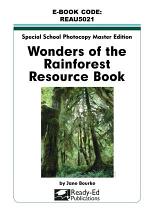 Wonders of the Rainforest

Gifts from the Rainforest

Authors: Rheanni Lightwater
Categories: Healing
Gifts from the Rainforest is the premier book of Intuitive Learning Circles that will help you develop your intuition, strengthen your instincts and get you back in touch with Nature. Call upon forty-nine plant, animal, and nature totems from the jungle and ask for their wisdom and advice. Receive insights,
Language: en
Pages: 71