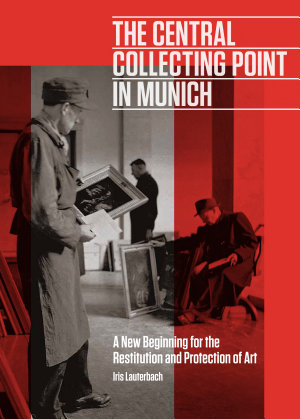 A compelling exploration of the many issues surrounding the restoration and restitution of Nazi-stolen art at the end of World War II At the end of World War II, the US Office of Military Government for Germany and Bavaria, through its Monuments, Fine Arts, and Archives division, was responsible for the repatriation of most of the tens of thousands of artwork looted by the Nazis in the countries they had occupied. With the help of the US Army’s Monuments Men—the name given to a hand-picked group of art historians and museum professionals commissioned for this important duty—massive numbers of objects were retrieved from their wartime hiding places and inventoried for repatriation. Iris Lauterbach’s fascinating history documents the story of the Allies’ Central Collecting Point (CCP), set up in the former Nazi Party headquarters at Königsplatz in Munich, where the confiscated works were transported to be identified and sorted for restitution. This book presents her archival research on the events, people, new facts, and intrigue, with meticulous attention to the official systems, frameworks, and logistical and bureaucratic enterprise of the Munich CCP in the years from 1945 to 1949. She uncovers the stories of the people who worked there at a time of lingering political suspicions; narrates the research, conservation, and restitution process; and investigates how the works of art were managed and returned to their owners. 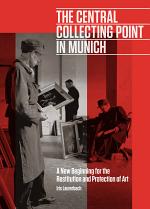 Central Collecting Point in Munich, The 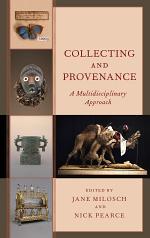 Authors: Jane Milosch, Nick Pearce
Categories: Art
The study of provenance—the history of the creation and ownership of an artefact, work of art, or specimen—provides insights into the history of taste and collecting, illuminating the social, economic, and historic trends in which an object was created and collected. It is as much a history of people as 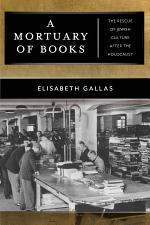 A Mortuary of Books

Authors: Elisabeth Gallas
Categories: History
The astonishing story of the efforts of scholars and activists to rescue Jewish cultural treasures after the Holocaust In March 1946 the American Military Government for Germany established the Offenbach Archival Depot near Frankfurt to store, identify, and restore the huge quantities of Nazi-looted books, archival material, and ritual objects 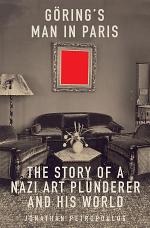 Authors: Jonathan Petropoulos
Categories: History
A charged biography of a notorious Nazi art plunderer and his career in the postwar art worldBruno Lohse (1911–2007) was one of the most notorious art plunderers in history. Appointed by Hermann Göring to Hitler’s special art looting agency, he went on to supervise the systematic theft and distribution of 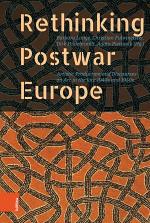 Authors: Barbara Lange, Dirk Hildebrandt, Agata Pietrasik
Categories: Art
The book “Rethinking Postwar Europe” offers an in-depth insight into the largely unexplored topic of artistic practices in the 1940s and 1950s in Europe which until recently had been obscured by ideologies of the Cold War. Thanks to the authors’ diverse methodological backgrounds, the volume presents – for the first