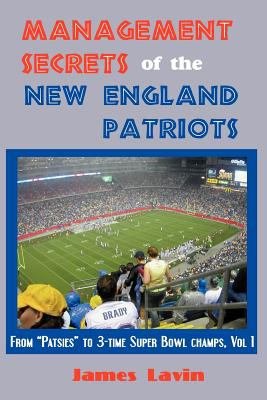 Definitive account of the 2001-2004 New England Patriots. Analyzes "success factors" responsible for three Super Bowl victories in four seasons. Entertains with humorous, insightful quotations from players, coaches, executives and owners. Essential reading for fans of Bill Belichick's Patriots and anyone seeking to build a great organization. * "Lavin makes a strong... case that the Patriots 'are a better organization than they are a team.'" (Richard Sandomir, New York Times, Jan. 22, 2005) * "Whether you're a New England fan or not, you'll be fascinated by [this] intriguing new book." (John McClain, Houston Chronicle, Jan. 30, 2005) * "Lavin has melded together fascinating quotes, statistics, and revelations that keep the reader entranced throughout the 350-page tome. A wonderful opportunity to [meet] the players, characters, and team... Lavin's remarkable story provides the recipe for championship stew." (Christopher Young, Boston Phoenix, Jan. 31, 2005) * "Fascinating." (Dave Perkins, Toronto Star, Feb. 5, 2005) * "An impressive look at what drives the team's success... It doesn't read like some wonkish, academic text." (Greg Gatlin, Boston Herald, Feb. 6, 2005) * "Timely, insightful book." (Peter Finney, Times-Picayune [New Orleans], Jan. 28, 2005) * "Required Reading... If the Colts, Steelers and any other NFL organization would like to get a jump on the Patriots, they should definitely pick up a copy." (Dan Pires and Steve DeCosta, Standard-Times [New Bedford, MA], Feb. 5, 2005) * "A great book. Having read and enjoyed other football-as-a-metaphor-for-life books such as The Packer Way by Ron Wolf, Winning the NFL Way by Bob LaMonte... and Think Like A Champion by Mike Shanahan, I can say that Management Secrets of the New England Patriots is as comprehensive and well-written a book as you can find on this subject. ...It was his intention to merge his studies of high-performance organizations and his obsession with his favorite team. This he has done most admirably." (Doug Farrar, Yahoo! Sports, Dec. 31, 2005) * "Intriguing and exhaustingly researched, Management Secrets of the New England Patriots succeeds at going beyond the headlines into the inner workings of the Kraft/Belichick aura. ...Much more than a look at the Patriots business acumen. Liberally infused with recollections from players, staff and opponents, Secrets will score in resounding fashion with fans of the three-time champions." (Ken Castro, Patriots Insider, Mar. 24, 2005) * "Fascinating read... Gives you a real insight into what goes on in making this franchise what they are. ...I really recommend it." (Ed Berliner, Comcast TV's Sports Pulse, Feb. 28, 2005) * "It's a fascinating read, and I'm sure every general manager and owner in the National Football League has rushed out to get it." (Jack Arute, Sirius Satellite Radio's NFL Rewind, May 8, 2005) * "Must Read... If the word 'management' in the title scares you or makes you think 'academic,' please take another look... A great read." (Stan Jaksina, PatsFans.com, May 30,2005) * "A stunning compendium on the Patriot Way." (Bob George, PatsFans.com, June 12, 2005) 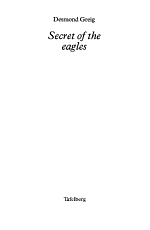 Secret of the Eagles 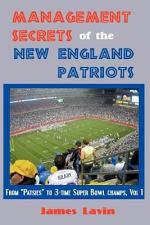 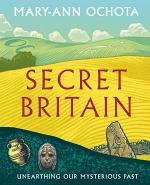 Authors: Mary-Ann Ochota
Categories: History
"A cornucopia of our weirdest and most wonderful archaeological sites and artefacts. They make you feel proud to be a citizen of these gloriously intriguing isles." Sir Tony Robinson An Ice Age cannibal’s skull cup, a hoard of Anglo-Saxon gold, a seventeenth century witch bottle… anthropologist Mary-Ann Ochota unearths more 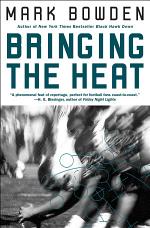 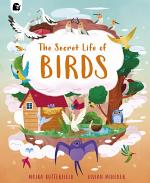 The Secret Life of Birds

Authors: Moira Butterfield
Categories: Juvenile Nonfiction
The Secret Life of Birds is a collection of delightful stories and engaging facts, which imparts a love of birds and of nature on the next generation, inspiring them to look after the world around them. Did you know that birds navigate by invisible pathways in the sky, that they