Meet Charlie Fry. The Football Boy Wonder. He is the football genius who never misses. A freak accident planted a magic target in the boy's head, which has turned him into the world's best footballer. After his first season playing for Hall Park Magpies, Charlie is being scouted by some of the biggest clubs in the world. But he has plenty of other challenges on his doorstep to face during the summer months. The Football Boy Wonder Chronicles is the perfect soccer gift for kids aged five-12. It features three short stories about Charlie Fry's adventures during one hot summer. Charlie Fry and the Penalty Shootout Everyone wants to beat the Football Boy Wonder and his friends. So when Charlie turns up for a five-a-side competition, the opposition teams lick their lips with glee: it's their big chance to finally beat the Boy Who Never Misses. With only half his team turning up and older opposition players unwilling to give up their title without a fight, will Charlie be able to lift the prized trophy? Charlie Fry and the Grudge Match Charlie Fry and his friends spend every day of the school summer holidays at Crickledon Rec. But one day a group of strangers turn up - and claim Crickledon Rec for their own. Outnumbered but determined not to give up their home turf without a fight, Charlie and his friends challenge the newcomers to a winner-takes-all match: for the right to play on the Rec for the rest of the summer. One park. One match. One chance to save the Football Boy Wonder's home ground. Charlie Fry and the Super Sub Hall Park Magpies face one last game this season - against the mums and dads - with the promise of Premier League tickets for the winners. But with soaring summer temperatures and a professional man-marker facing him, can Charlie Fry inspire Magpies to a final win of an unforgettable season? The Football Boy Wonder Chronicles is a spin-off from the bestselling Charlie Fry Series. Written to raise awareness about cystic fibrosis, the importance of friendship and bullying, the books are aimed at children between seven and 12. If your kids love books about Lionel Messi, Cristiano Ronaldo and Harry Kane, then Charlie Fry will be perfect for them!

Authors: Martin Smith
Categories:
Meet Charlie Fry. The Football Boy Wonder. He is the football genius who never misses. A freak accident planted a magic target in the boy's head, which has turned him into the world's best footballer. After his first season playing for Hall Park Magpies, Charlie is being scouted by some

Authors: Martin Smith, Mark Newnham
Categories:
Football Boy Wonder Charlie Fry stands on the edge of glory. His Hall Park Magpies team are one victory away from winning the league. Now the team must face neighbours and rivals Hall Park Rovers in the final match of the season. The winner will be crowned champions - and 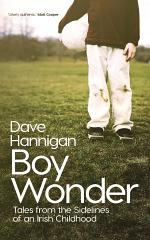 Authors: Dave Hannigan
Categories: Biography & Autobiography
A collage of personal memories passed over into family myth, Boy Wonder is a funny and moving account of a childhood spent, like countless others, on pitches, sidelines and stands, struggling to make sense of competition and the outsized role it plays in the lives of men and boys, fathers 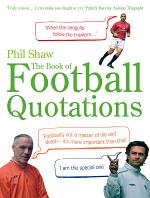 The Book of Football Quotations

Authors: Phil Shaw
Categories: Humor
The greatest football quotations collection ever, now in its ninth edition. This compilation includes quotes from everyone – Shakespeare to Suarez, Camus to Cantona, Busby to Beckham – who has made an apt, pithy or comical comment about football. And not just footballers and managers either – fans, pundits, groundsmen, 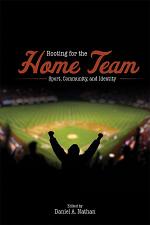 Rooting for the Home Team

Authors: Daniel A. Nathan
Categories: Sports & Recreation
Rooting for the Home Team examines how various American communities create and maintain a sense of collective identity through sports. Looking at large cities such as Chicago, Baltimore, and Los Angeles as well as small rural towns, suburbs, and college towns, the contributors consider the idea that rooting for local