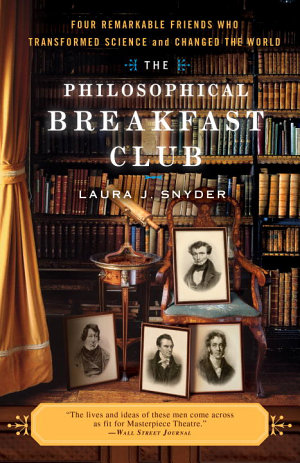 “[A] fascinating book...about the way four geniuses at Cambridge University revolutionized modern science.“ —Newsweek The Philosophical Breakfast Club recounts the life and work of four men who met as students at Cambridge University: Charles Babbage, John Herschel, William Whewell, and Richard Jones. Recognizing that they shared a love of science (as well as good food and drink) they began to meet on Sunday mornings to talk about the state of science in Britain and the world at large. Inspired by the great 17th century scientific reformer and political figure Francis Bacon—another former student of Cambridge—the Philosophical Breakfast Club plotted to bring about a new scientific revolution. And to a remarkable extent, they succeeded, even in ways they never intended. Historian of science and philosopher Laura J. Snyder exposes the political passions, religious impulses, friendships, rivalries, and love of knowledge—and power—that drove these extraordinary men. Whewell (who not only invented the word “scientist,” but also founded the fields of crystallography, mathematical economics, and the science of tides), Babbage (a mathematical genius who invented the modern computer), Herschel (who mapped the skies of the Southern Hemisphere and contributed to the invention of photography), and Jones (a curate who shaped the science of economics) were at the vanguard of the modernization of science. This absorbing narrative of people, science and ideas chronicles the intellectual revolution inaugurated by these men, one that continues to mold our understanding of the world around us and of our place within it. Drawing upon the voluminous correspondence between the four men over the fifty years of their work, Laura J. Snyder shows how friendship worked to spur the men on to greater accomplishments, and how it enabled them to transform science and help create the modern world. "The lives and works of these men come across as fit for Masterpiece Theatre.” —Wall Street Journal "Snyder succeeds famously in evoking the excitement, variety and wide-open sense of possibility of the scientific life in 19th-century Britain...splendidly evoked in this engaging book.” —American Scientist "This fine book is as wide-ranging and anecdotal, as excited and exciting, as those long-ago Sunday morning conversations at Cambridge. The Philosophical Breakfast Club forms a natural successor to Jenny Uglow’s The Lunar Men...and Richard Holmes’s The Age of Wonder.” —Washington Post 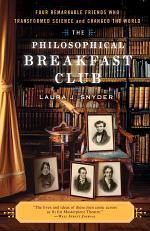 The Philosophical Breakfast Club and the Invention of the Scientist

Authors: Laura J. Snyder
Categories: Philosophy, English
Books about The Philosophical Breakfast Club and the Invention of the Scientist 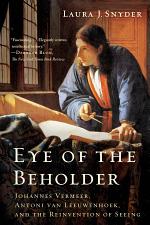 Eye of the Beholder: Johannes Vermeer, Antoni van Leeuwenhoek, and the Reinvention of Seeing

Authors: Laura J. Snyder
Categories: Science
The remarkable story of how an artist and a scientist in seventeenth-century Holland transformed the way we see the world. On a summer day in 1674, in the small Dutch city of Delft, Antoni van Leeuwenhoek—a cloth salesman, local bureaucrat, and self-taught natural philosopher—gazed through a tiny lens set into 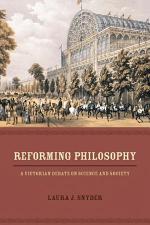 Authors: Laura J. Snyder
Categories: Science
The Victorian period in Britain was an “age of reform.” It is therefore not surprising that two of the era’s most eminent intellects described themselves as reformers. Both William Whewell and John Stuart Mill believed that by reforming philosophy—including the philosophy of science—they could effect social and political change. But

Eye of the Beholder

Authors: Laura J. Snyder
Categories: Science
By the early 17th century the Scientific Revolution was well under way. Philosophers and scientists were throwing off the yoke of ancient authority to peer at nature and the cosmos through microscopes and telescopes. In October 1632, in the small town of Delft in the Dutch Republic, two geniuses were