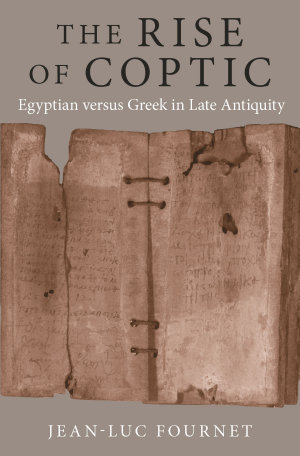 Coptic emerged as the written form of the Egyptian language in the third century, when Greek was still the official language in Egypt. By the time of the Arab conquest of Egypt in 641, Coptic had almost achieved official status, but only after an unusually prolonged period of stagnation. Jean-Luc Fournet traces this complex history, showing how the rise of Coptic took place amid profound cultural, religious, and political changes in late antiquity. For some three hundred years after its introduction into the written culture of Egypt, Coptic was limited to biblical translation and private and monastic correspondence, while Greek retained its monopoly on administrative, legal, and literary writing. This changed during the sixth century, when Coptic began to penetrate domains that were once closed to it, such as literature, liturgy, regulated transactions between individuals, and communications between the state and its subjects. Fournet examines the reasons for Coptic's late development as a competing language—which was unlike what happened with other vernacular languages in Near Eastern Greek-speaking societies—and explains why Coptic eventually succeeded in being recognized with Greek as an official language. Incisively written and rich with insights, The Rise of Coptic draws on a wealth of archival evidence to shed new light on the role of monasticism in the growing use of Coptic before the Arab conquest. 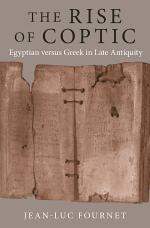 The Rise of Coptic

Authors: Jean-Luc Fournet
Categories: History
Coptic emerged as the written form of the Egyptian language in the third century, when Greek was still the official language in Egypt. By the time of the Arab conquest of Egypt in 641, Coptic had almost achieved official status, but only after an unusually prolonged period of stagnation. Jean-Luc 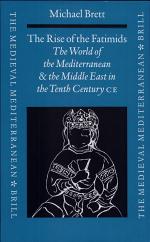 The Rise of the Fatimids

Authors: Michael Brett
Categories: History
The book uses the rise of the Fatimids to survey the Islamic world in the 4th century AH/10th century CE, and reinterpret the role of the dynasty in the history of Islam down to the period of the Crusades. 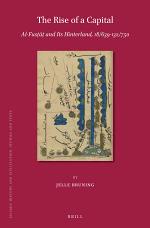 Authors: Jelle Bruning
Categories: History
In The Rise of a Capital, Jelle Bruning maps the development of the Muslim garrison town al-Fusṭāṭ (near modern Cairo, Egypt) into a provincial capital from its foundation in c. 640 C.E. to 750.

Authors: Stephen J. Davis
Categories: History
The Copts, adherents of the Egyptian Orthodox Church, today represent the largest Christian community in the Middle East, and their presiding bishops have been accorded the title of pope since the third century AD. This study analyzes the development of the Egyptian papacy from its origins to the rise of 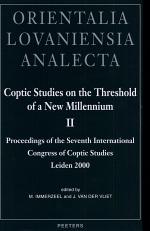 Coptic Studies on the Threshold of a New Millennium

Authors: Mat Immerzeel, Jacques van der Vliet, Maarten Kersten, Carolien van Zoest
Categories: Language Arts & Disciplines
The congresses organised every four years under the auspices of the International Association for Coptic Studies (IACS) are the main forum for scholars of Egyptian Christian life and culture through the ages. The proceedings of the seventh congress, which was held in Leiden in 2000, comprise ninety-nine papers, reflecting the