"ROGUE MAGE RPG, Role Playing in the World of Faith Hunter, Player's Handbook Authors: Christina Stiles, Faith Hunter, Raven Blackwell Edited by Spike Y. Jones" It's a century after the Seraphs have returned to Earth, fulfilling ancient scripture with fire and sword. Most of Earth's population died in the plague and resulting wars--and then came the ice age. Mankind has survived, but not without change. Wondrous new races were born following the Time of Plagues, some destined to fight alongside the seraphs of the Light, while others simply want to survive in a harsh new world. And beneath the cities and in abandoned wastelands, the forces of evil continue their age-old war with the mortals and the seraphim. These dragons and their Dark minions won't stop fighting until the world is theirs. In the "ROGUE MAGE ROLE PLAYING GAME" you join with the rogue mage Thorn St. Croix and the forces of Light to stop the fallen seraphs and their devil-spawn, adventuring in and beyond the world of Faith Hunter's apocalyptic fantasy trilogy: "Bloodring," "Seraphs," and "Hosts." The "ROGUE MAGE ROLE PLAYING GAME PLAYER'S HANDBOOK" features: - complete rules for all the mortal races of the "Rogue Mage" novels: kylen, half-seraph winged warriors; mules, half-human fighting machines; neomages who can work magic with energies left over from the Creation; daywalkers, refuges from the underground hellholes of the fallen seraphs; versatile but magic-less humans; and the seraph-touched, a new race yet to find it's place in the post apocalyptic-world. - dozens of Skills, scores of Drawbacks, over 100 Conjures, and over 200 Talents for heroes to choose from. - a half-dozen pre-made characters so play can begin immediately. - a luck point system that encourages players to take chances and keep the action moving, and the allegiance system that turns a hero's choices in the war between Darkness and Light into something more than just words on a character sheet. - player character gear from swords to shotguns to helicopter gunships, as well as magic weapons, energy-filled spell amulets, and demonic and seraphic artifacts. - simple combat rules that resolve attacks and damage in a single role and full-scale battles in only a few short minutes. - with the addition of a single 20-sided die, some paper & pencils, and a free adventure downloaded from www.roguemage.net or one found in the "Rogue Mage RPG Master's Guide," everything needed to play "Rogue Mage" today. Grab your dragon-gun, we're goin' hunting! 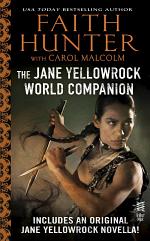 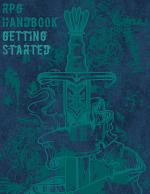 Authors: Faith Hunter
Categories: Games
The RPG Handbook ~ Getting Started is a system-free guide to playing tabletop roleplaying games (RPGs). It contains key information from the complete RPG Handbook. This concentrates on information for those interested in finding out more about playing RPGs. That includes content for new players and families who would like 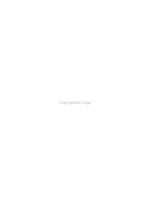