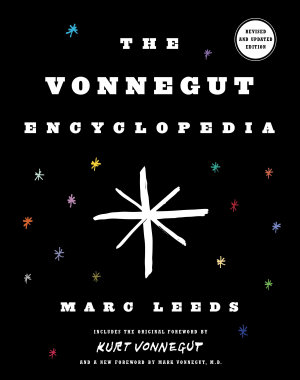 Now expanded and updated, this authorized compendium to Kurt Vonnegut’s novels, stories, essays, and plays is the most comprehensive and definitive edition to date. Over the course of five decades, Kurt Vonnegut created a complex and interconnected web of characters, settings, and concepts. The Vonnegut Encyclopedia is an exhaustive guide to this beloved author’s world, organized in a handy A-to-Z format. The first edition of this book covered Vonnegut’s work through 1991. This new and updated edition encompasses his writing through his death in 2007. Marc Leeds, co-founder and founding president of the Kurt Vonnegut Society and a longtime personal friend of the author’s, has devoted more than twenty-five years of his life to cataloging the Vonnegut cosmos—from the birthplace of Kilgore Trout (Vonnegut’s sci-fi writing alter ego) to the municipal landmarks of Midland City (the midwestern metropolis that is the setting for Vonnegut’s 1973 masterpiece Breakfast of Champions). The Vonnegut Encyclopedia identifies every major and minor Vonnegut character from Celia Aamons to Zog, as well as recurring images and relevant themes from all of Vonnegut’s works, including lesser-known gems like his revisionist libretto for Stravinsky’s opera L’Histoire du soldat and his 1980 children’s book Sun Moon Star. Leeds provides expert notes explaining the significance of many items, but relies primarily on extended quotations from Vonnegut himself. A work of impressive scholarship in an eminently browsable package, this encyclopedia reveals countless connections readers may never have thought of on their own. A rarity among authors of serious fiction, Kurt Vonnegut has always inspired something like obsession in his most dedicated fans. The Vonnegut Encyclopedia is an invaluable resource for readers wishing to revisit his fictional universe—and those about to explore it for the first time. Praise for The Vonnegut Encyclopedia “An essential collection for fans of the singular satirist.”—San Francisco Chronicle “Indispensable.”—Publishers Weekly “If you’re somebody who has read one Kurt Vonnegut book then there’s a chance you’ve read them all. For the devout reader of Vonnegut there’s a voracious sense of completism. And, Marc Leeds and his new [The Vonnegut] Encyclopedia are here to guide you through it all. Just don’t blame him if you become unstuck in time while you’re reading.”—Inverse “Vonnegut enthusiasts will be delighted with Leeds’s exhaustive, almost obsessive, treatment of the characters, places, events, and tantalizingly mysterious references for which Vonnegut’s five-decade writing career is celebrated. . . . A wonderful and beautifully designed reference source.”—Booklist (starred review) “Leeds’s scholarship and genuine love for his subject matter render this encyclopedia a treasure trove for Vonnegut readers.”—The Nameless Zine 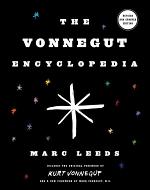 Authors: Marc Leeds
Categories: Literary Criticism
Now expanded and updated, this authorized compendium to Kurt Vonnegut’s novels, stories, essays, and plays is the most comprehensive and definitive edition to date. Over the course of five decades, Kurt Vonnegut created a complex and interconnected web of characters, settings, and concepts. The Vonnegut Encyclopedia is an exhaustive guide 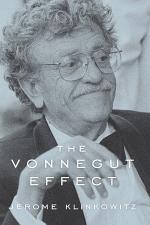 Authors: Jerome Klinkowitz
Categories: Literary Criticism
Kurt Vonnegut is one of the few American writers since Mark Twain to have won and sustained a great popular acceptance while boldly introducing new themes and forms on the literary cutting edge. This is the "Vonnegut effect" that Jerome Klinkowitz finds unique among postmodernist authors. In this innovative study 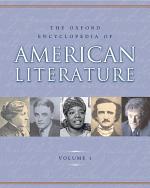 The Oxford Encyclopedia of American Literature 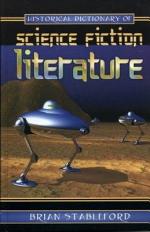 Authors: Brian M. Stableford
Categories: History
This reference tracks the development of speculative fiction influenced by the advancement of science and the idea of progress from the eighteenth century to the present day. The major authors and publications of the genre and significant subgenres are covered. Additionally there are entries on fields of science and technology 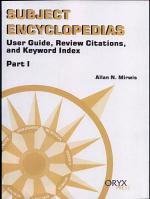 Authors: Allan Mirwis
Categories: Encyclopedias and dictionaries
This useful two-volume set will provide buyers of subject encyclopedias with a substantial amount of valuable information they can use in making their purchasing decisions. It will also provide all types of librarians and their patrons with a quick, one-stop method for locating the appropriate subject encyclopedias for their needs