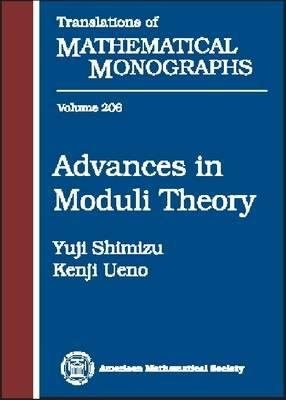 The word ``moduli'' in the sense of this book first appeared in the epoch-making paper of B. Riemann, Theorie der Abel'schen Funktionen, published in 1857. Riemann defined a Riemann surface of an algebraic function field as a branched covering of a one-dimensional complex projective space, and found out that Riemann surfaces have parameters. This work gave birth to the theory of moduli. However, the viewpoint regarding a Riemann surface as an algebraic curve became the mainstream,and the moduli meant the parameters for the figures (graphs) defined by equations. In 1913, H. Weyl defined a Riemann surface as a complex manifold of dimension one. Moreover, Teichmuller's theory of quasiconformal mappings and Teichmuller spaces made a start for new development of the theory ofmoduli, making possible a complex analytic approach toward the theory of moduli of Riemann surfaces. This theory was then investigated and made complete by Ahlfors, Bers, Rauch, and others. However, the theory of Teichmuller spaces utilized the special nature of complex dimension one, and it was difficult to generalize it to an arbitrary dimension in a direct way. It was Kodaira-Spencer's deformation theory of complex manifolds that allowed one to study arbitrary dimensional complex manifolds.Initial motivation in Kodaira-Spencer's discussion was the need to clarify what one should mean by number of moduli. Their results, together with further work by Kuranishi, provided this notion with intrinsic meaning. This book begins by presenting the Kodaira-Spencer theory in its original naiveform in Chapter 1 and introduces readers to moduli theory from the viewpoint of complex analytic geometry. Chapter 2 briefly outlines the theory of period mapping and Jacobian variety for compact Riemann surfaces, with the Torelli theorem as a goal. The theory of period mappings for compact Riemann surfaces can be generalized to the theory of period mappings in terms of Hodge structures for compact Kahler manifolds. In Chapter 3, the authors state the theory of Hodge structures, focusingbriefly on period mappings. Chapter 4 explains conformal field theory as an application of moduli theory. This is the English translation of a book originally published in Japanese. Other books by Kenji Ueno published in this AMS series, Translations of Mathematical Monographs, include An Introduction toAlgebraic Geometry, Volume 166, Algebraic Geometry 1: From Algebraic Varieties to Schemes, Volume 185, and Algebraic Geometry 2: Sheaves and Cohomology, Volume 197. 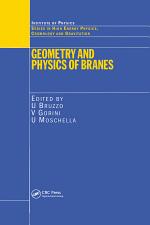 Geometry and Physics of Branes

Authors: U Bruzzo, V. Gorini, U. Moschella
Categories: Science
Branes are solitonic configurations of a string theory that are represented by extended objects in a higher-dimensional space-time. They are essential for a comprehension of the non-perturbative aspects of string theory, in particular, in connection with string dualities. From the mathematical viewpoint, branes are related to several important theo 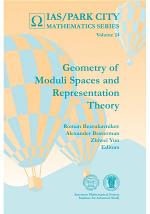 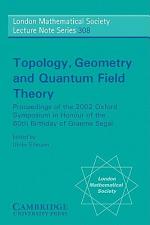 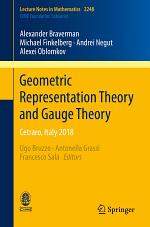 Authors: Alexander Braverman, Michael Finkelberg, Andrei Negut, Alexei Oblomkov
Categories: Mathematics
This book offers a review of the vibrant areas of geometric representation theory and gauge theory, which are characterized by a merging of traditional techniques in representation theory with the use of powerful tools from algebraic geometry, and with strong inputs from physics. The notes are based on lectures delivered 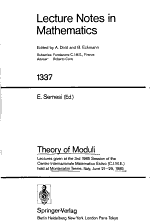