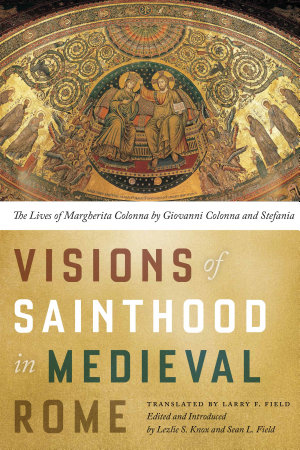 Margherita Colonna (1255–1280) was born into one of the great baronial families that dominated Rome politically and culturally in the thirteenth century. After the death of her father and mother, Margherita was raised by her brothers, including Cardinal Giacomo Colonna. The two extant contemporary accounts of her short life offer a daring model of mystical lay piety forged in imitation of St. Francis but worked out in the vibrant world of medieval Rome. In Visions of Sainthood in Medieval Rome, Larry F. Field, Lezlie S. Knox, and Sean L. Field present the first English translations of Margherita Colonna’s two “lives” and a dossier of associated texts, along with thoroughly researched contextualization and scholarly examination. The first of the two lives was written by a layman, the Roman Senator Giovanni Colonna, one of Margherita Colonna's brothers. The second was written by a woman named Stefania, who had been a close follower of Margherita Colonna and assumed leadership of her Franciscan community after Margherita's death. These intriguing texts open up new perspectives on numerous historical questions. How did authorial gender and status influence hagiographic perspective? How fluid was the nature of female Franciscan identity during the era in which the papacy was creating the Order of St. Clare? What were the experiences and influences of female visionaries? And what was the process of saint-making at the heart of an aristocratic Roman family? These texts add rich new texture to our overall picture of medieval visionary culture and will interest students and scholars of medieval and renaissance history, literature, religion, and women's studies. 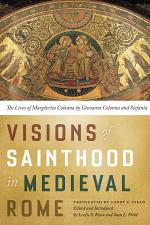 Visions of Sainthood in Medieval Rome

Authors: Lezlie S. Knox, Sean L. Field
Categories: History
Margherita Colonna (1255–1280) was born into one of the great baronial families that dominated Rome politically and culturally in the thirteenth century. After the death of her father and mother, Margherita was raised by her brothers, including Cardinal Giacomo Colonna. The two extant contemporary accounts of her short life offer 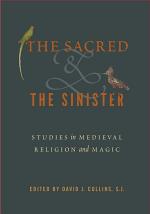 The Sacred and the Sinister

Authors: David J. Collins, S. J.
Categories: Religion
Inspired by the work of eminent scholar Richard Kieckhefer, The Sacred and the Sinister explores the ambiguities that made (and make) medieval religion and magic so difficult to differentiate. The essays in this collection investigate how the holy and unholy were distinguished in medieval Europe, where their characteristics diverged, and 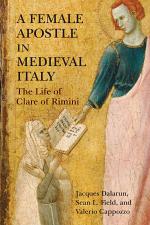 A Female Apostle in Medieval Italy

Authors: Jacques Dalarun, Sean L. Field, Valerio Cappozzo
Categories: History
This book centers on a fascinating woman, Clare of Rimini (c. 1260 to c. 1324–29), whose story is preserved in a fascinating text. Composed by an anonymous Franciscan, the Life of the Blessed Clare of Rimini is the earliest known saint’s life originally written in Italian, and one of the 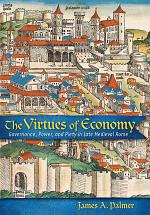 The Virtues of Economy

Authors: James A. Palmer
Categories: History
The humanist perception of fourteenth-century Rome as a slumbering ruin awaiting the Renaissance and the return of papal power has cast a long shadow on the historiography of the city. Challenging this view, James A. Palmer argues that Roman political culture underwent dramatic changes in the late Middle Ages, with 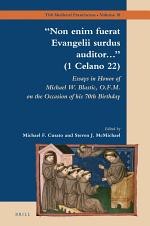 Authors: James A. Palmer
Categories: History
This collection of essays honors Michael W. Blastic, O.F.M. on his 70th birthday. The contributors address issues within academic areas in which he has taught and published: the Writings of Francis; Franciscan history, hagiography and spirituality; medieval women; and Franciscan theology and philosophy. 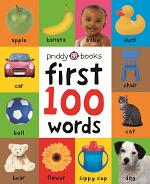 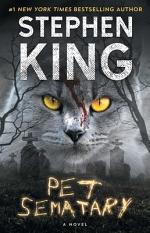