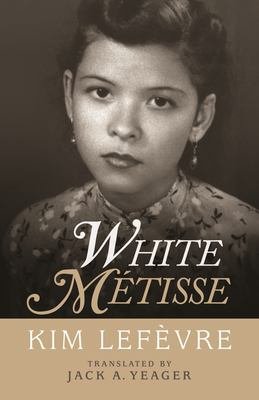 In this evocative memoir, Kim Lefèvre recounts her childhood and adolescence growing up in colonial Viet Nam. As a little girl living with her Vietnamese mother, she doesn’t understand the reactions of others toward her, their open mistrust, contempt, and rejection. Though she feels no different from those around her, she comes to understand that to Vietnamese she is living proof of her mother’s moral downfall, a constant and unwelcome reminder of a child conceived with a French soldier out of wedlock. As anticolonial sentiment grows in an atmosphere of rising nationalism, Lefèvre’s situation becomes increasingly precarious. Set within a tumultuous period of Franco-Vietnamese history—resistance and revolt, World War II and the Japanese invasion, the first war for independence against the French—White Métisse offers a unique view of watershed events and provides insights into the impact of upheaval and open conflict on families and individuals. Lefèvre’s story captures the instability and daily humiliations of her life and those of other marginalized members of society. Sent by her mother to live with distant family members who view her variously as ungrateful, a bad seed, or “neither gold nor silver,” she is later abandoned in an orphanage with other métisse girls. Lefèvre’s discovery of her own sexuality is overshadowed by her mother’s concerned advice to not repeat the same mistakes she had made, reminding her daughter of the Vietnamese social mores that condemn her very existence. Eventually the challenge and solace of education lead to a scholarship to study in Paris and Lefèvre departs Viet Nam for a new life in France in 1960. Part personal memoir, part coming of age story, Lefèvre’s moving account shows the courage and strength of an individual who is able to embrace her hybrid identity and gain Self-Esteem on her own terms despite living between worlds. White Métisse has been in print in France since its appearance in 1989 and continues to resonate strongly in the universal contexts of immigration, shifting cultural identities, rejection, and assimilation. Now Jack A. Yeager’s elegant translation makes Kim Lefèvre’s compelling memoir available to English-speaking readers. 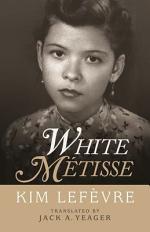 Authors: Kim Lefèvre
Categories: Biography & Autobiography
In this evocative memoir, Kim Lefèvre recounts her childhood and adolescence growing up in colonial Viet Nam. As a little girl living with her Vietnamese mother, she doesn’t understand the reactions of others toward her, their open mistrust, contempt, and rejection. Though she feels no different from those around her, 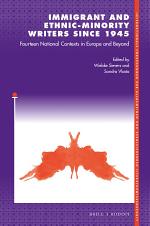 Immigrant and Ethnic-Minority Writers since 1945

Authors: Kim Lefèvre
Categories: Literary Criticism
This is the first volume to present an international overview of immigrant and ethnic-minority writing in 14 national contexts and a conclusion discussing this writing as a vanguard of cultural change. 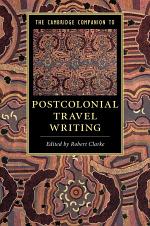 Authors: Robert Clarke
Categories: Literary Criticism
The Cambridge Companion to Postcolonial Travel Writing offers readers an insight into the scope and range of perspectives that one encounters in this field of writing. Encompassing a diverse range of texts and styles, performances and forms, postcolonial travel writing recounts journeys undertaken through places, cultures, and communities that are 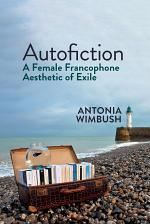 Authors: Antonia Wimbush
Categories: Literary Criticism
Autofiction: A Female Francophone Aesthetic of Exile explores the multiple aspects of exile, displacement, mobility, and identity as expressed in contemporary autofictional work written in French by women writers from across the francophone world. Drawing on postcolonial theory, gender theory, and autobiographical theory, the book analyses narratives of exile by 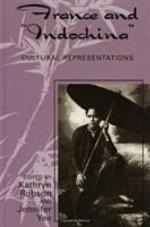 Authors: Kathryn Robson, Jennifer Yee
Categories: History
At the intersection of literary, cultural, and postcolonial studies, this volume looks at French perceptions of "Indochina" as they are conveyed through a variety of media including cinema, literature, art, and historical or anthropological writings. The volume is long awaited, as France's memory of "Indochina" is understudied compared to its