"The delicacy and intelligence of George Walker's printmaking seems to have come to us from a bygone age. Fortunately, we have George with us now." -- Neil Gaiman A cold case from 1917, the tragic cost of the events of 9/11, and the rise and fall of a media baron. These are the themes as imagined by George Walker in his three wordless contemporary narratives -- The Mysterious Death of Tom Thomson, The Book of Hours and Conrad Black -- told in wood engravings. The Mysterious Death of Tom Thomson Thomson was a young Canadian artist of great promise. When his body was discovered in a lake in Algonquin Park in July 1917, Thomson had been missing for eight days. Although the official cause of death was accidental drowning, the corpse had fishing line wrapped around a leg and the head showed evidence of trauma. The Mysterious Death of Tom Thomson re-imagines in some 100 wood engravings the events leading up to Thomson's tragic death and the discovery of his body. Book of Hours Book of Hours: A Wordless Novel Told in 99 Wood Engravings is a sequence of visual narratives chronicling the 24-hour period leading up to the attacks on the World Trade Center. The book charts the imagined lives of people who worked in the twin towers. Walker imbues his book with the specter of horror that the reader knows will shatter the lives of those involved and forever alter the course of world events. Conrad Black Walker's Conrad Black imagines the life of this notorious, intellectually complex and fascinating business figure. Black's life is relayed in a sequence of events and episodes in no discernible pattern. Initial impulses set in motion in the early years tumble forward through the decades, culminating in downfall and catharsis.

Authors: George A. Walker
Categories: Art
"The delicacy and intelligence of George Walker's printmaking seems to have come to us from a bygone age. Fortunately, we have George with us now." -- Neil Gaiman A cold case from 1917, the tragic cost of the events of 9/11, and the rise and fall of a media baron. 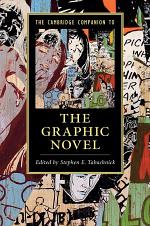 The Cambridge Companion to the Graphic Novel

Authors: Stephen Tabachnick
Categories: Literary Criticism
Since the graphic novel rose to prominence half a century ago, it has become one of the fastest growing literary/artistic genres, generating interest from readers globally. The Cambridge Companion to the Graphic Novel examines the evolution of comic books into graphic novels and the distinct development of this art form 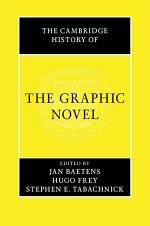 The Cambridge History of the Graphic Novel

Authors: Jan Baetens, Hugo Frey, Stephen E. Tabachnick
Categories: Literary Criticism
The Cambridge History of the Graphic Novel provides the complete history of the graphic novel from its origins in the nineteenth century to its rise and startling success in the twentieth and twenty-first century. It includes original discussion on the current state of the graphic novel and analyzes how American, 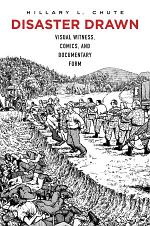 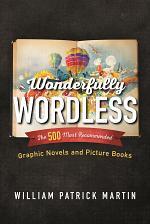 Authors: William Patrick Martin
Categories: Literary Criticism
Wonderfully Wordless: The 500 Most Recommended Graphic Novels and Picture Books is the first comprehensive best book guide to wordless picture books (and nearly wordless picture books). It is an indispensable resource for parents and teachers who love graphic storytelling or who recognize the value of these exceptional books in